← “Dr. Friston has proposed that our brains are prediction-generating machines. Our brains, Dr. Friston argues, generate predictions about what is going to happen next, using past experiences as a guide.”, New York Times, February, 2014
“The stock price is withering. Investors and analysts are feeling burned….if Mr. Zuckerberg has a revolution up his sleeve, let’s see it. Otherwise, he should settle the lawsuits, expect large staff turnover, and get on with running a business whose scope, prospects, and share price are limited by the limited prospects of advertising on Facebook.” Holman W. Jenkins, WSJ, August 18, 2012 →

“Mr. Perkins first came to widespread attention a few weeks ago by comparing anti-tech demonstrators to Nazis. We might be heading, he said, to a new Kristallnacht, when Hitler Youth and stormtroopers were unleashed against Jews and their businesses. He quickly disavowed the analogy, but not the reasoning behind it.”, David Streitfeld, New York Times

I think Mr. Perkins might have been on to something important here. Here is an excerpt from Nobel Laureate F.A. Hayek’s 1941 classic, “The Road to Serfdom”:

“It seems to be almost a law of human nature that it is easier for people to agree on a negative program…on the hatred of an enemy, on the envy of those better off…than on any positive task. The enemy, whether he be internal like the “Jew” or the “kulak”, or external, seems to be an indispensable requisite in the armory of a totalitarian leader. In Germany and Austria the Jew had come to be regarded as the representative of capitalism because a traditional dislike of large classes of the population for commercial pursuits had left these more readily accessible to a group that was practically excluded from the more highly esteemed occupations. It is the old story of the alien race’s being admitted only to the less respected trades and then being hated still more for practicing them. The fact that German anti-Semitism and anticapitalism spring from the same root is of great importance for the understanding of what has happened there, but this is rarely grasped by foreign observers.”

Here are a few more relevant excerpts from F.A. Hayek’s “Road to Serfdom”:

“The general endeavor to achieve security by restrictive measures, tolerated or supported by the state, has in the course of time produced the progressive transformation of society….a transformation in which, as in so many other ways Germany has led and other countries have followed. This development has been hastened by another effect of socialist teaching, the deliberate disparagement of all activities involving economic risk and the moral opprobrium cast on the gains which make risks worth taking but which only few can win. We cannot blame our young men when they prefer safe, salaried positions to the risk of enterprise after they have heard from their earliest youth the former described as the superior, more unselfish and disinterested occupation. The younger generation of today has grown up in a world in which in school and press the spirit of commercial enterprise has been represented as disreputable and the making of profit immoral, where to employ a hundred people is represented as exploitation but to command the same number as honorable.

It was that a larger part of the civil life of Germany than of any other country was deliberately organized from the top, that so large a proportion of her people did not regard themselves as independent but as appointed functionaries, which gave her social structure its peculiar character. Germany had, as the Germans themselves boasted, for long been a Beamtenstaat in which not only in the civil service proper but in almost all spheres of life income and status were assigned and guaranteed by some authority.

While it is doubtful whether the spirit of freedom can anywhere be extirpated by force, it is not certain that any people would successfully withstand the process by which it was slowly smothered in Germany. Where distinction and rank are achieved almost exclusively by becoming a salaried servant of the state, where to do one’s assigned duty is regarded as more laudable than to choose one’s own field of usefulness, where all pursuits that do not give a recognized place in the official hierarchy or claim to a fixed income are regarded as inferior and even somewhat disreputable, it is too much to expect that many will long prefer freedom to security. And where the alternative to security in a dependent position is a most precarious position, in which one is despised alike for success or failure, only few will resist the temptation of safety at the price of freedom.

Once things have gone so far, liberty indeed becomes almost a mockery, since it can be purchased only by the sacrifice of most of the good things of this earth.”

Tom Perkins, Defender of the 1% Once Again

Mr. Perkins at the Commonwealth Club in San Francisco on Thursday night.

Like many semifamous people, Tom Perkins has publicly wondered how he will be remembered. As the venture capitalist who helped start Silicon Valley? As the extremely rich guy who built the most awesome sailing yacht of the era? Or even — although this is a long shot — as the author of the supremely trashy novel “Sex and the Single Zillionaire?”

Well, how about as the champion of America’s newest oppressed minority, the beleaguered billionaires of Silicon Valley?

Mr. Perkins came Thursday night to the Commonwealth Club in San Francisco to defend the tech elite against the forces that would bring them down. His appearance was titled “The War on the 1 Percent.” Three police officers stood watch, just in case the crowd decided to take the battle into its own hands. 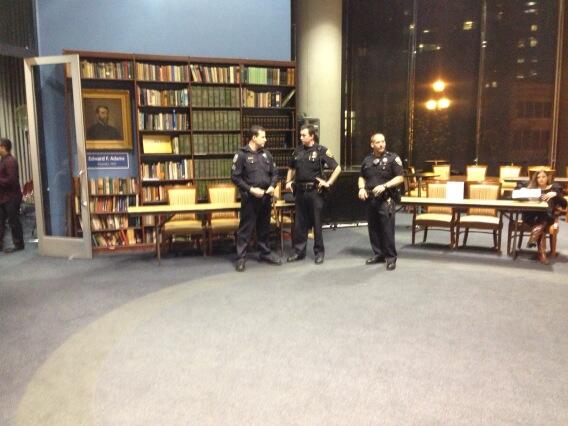 The 82-year-old venture capitalist, whose ex-wife, the novelist Danielle Steel, was also at the event, was prepared with a list of villains: Bloated government entitlements. Teachers’ unions. The War on Poverty. President Obama and “ObamaCare.” High taxes. And old-fashioned jealousy.

Leave the tech companies alone, he insisted. Activists should not block their commuter shuttles or expect anything from them. Google may be able to cheat death — at least, it is funding a venture with that goal — but inequality is beyond it.

“We started Google,” Mr. Perkins said, a reference to Kleiner Perkins being an early backer of the search company. “If they want buses, fine with me. Is Google responsible for the rising rents in San Francisco? Indirectly, yes. What can they do about it? Nothing.”

He later returned to the company during a brief press conference. “The founders of Google have made so much money” he said, “I think there’s an envy.” His advice for Google: “You just ignore the protesters.” Which is pretty much what Google is doing. (The protesters were city residents who were annoyed that tech companies were using city bus stops for their buses; the city and the companies have since agreed to a small fee.)

The hurriedly arranged event was sold out, which was not true of forthcoming appearances by Sen. Barbara Boxer, His Serene Highness Prince Albert II of Monaco or even Amy Chua, the Tiger Mom. Politics, royalty and how to raise kids might be big draws elsewhere, but in the Bay Area the tech community has a way of sucking the air out of all other topics.

Particularly now. There is a mood of rising dissent against Silicon Valley, whose workers are blamed for making San Francisco unaffordable for everyone else. Mr. Perkins first came to widespread attention a few weeks ago by comparing anti-tech demonstrators to Nazis. We might be heading, he said, to a new Kristallnacht, when Hitler Youth and stormtroopers were unleashed against Jews and their businesses.

He quickly disavowed the analogy, but not the reasoning behind it. In other words, he did not mean that protesters would be literally beating up everyone wearing Google Glass and carting off Larry Page and Sergey Brin to internment camps. Just that they would like to.

“I’m not sorry I did it,” he said Thursday night. For one thing, he noted, it got everyone’s attention.

Mr. Perkins’ interlocutor, Adam Lashinsky, soon had the frustrated look of a man trying to swim in a vat of molasses. Mr. Lashinsky pointed out, for instance, that it was ridiculous to equate powerless Jews in the Third Reich with extremely powerful tech overlords in present-day America.

“No, I think the parallel holds,” Mr. Perkins said calmly. For one thing, “If you pay 75 percent of your life’s earnings to the government you are being persecuted.”

He had a better plan: “You don’t get to vote unless you pay a dollar in taxes. later he added, “A million in taxes, you get a million votes.” He said he was kidding about that last part, kind of. But he was serious that things started to go wrong 50 years ago with President Johnson’s War on Poverty, which somehow led to the teachers going out of control. He said that in the entire country last year, only 14 teachers “were fired for incompetence.” (For Mr. Perkins’ views on taxes, follow this link to DealBook, )

Demonstrators do not need to storm the gates of Silicon Valley. With spokesmen like Mr. Perkins, the tech community will alienate the entire country in no time.

Posted on February 19, 2014, in Postings. Bookmark the permalink. Leave a comment.

← “Dr. Friston has proposed that our brains are prediction-generating machines. Our brains, Dr. Friston argues, generate predictions about what is going to happen next, using past experiences as a guide.”, New York Times, February, 2014
“The stock price is withering. Investors and analysts are feeling burned….if Mr. Zuckerberg has a revolution up his sleeve, let’s see it. Otherwise, he should settle the lawsuits, expect large staff turnover, and get on with running a business whose scope, prospects, and share price are limited by the limited prospects of advertising on Facebook.” Holman W. Jenkins, WSJ, August 18, 2012 →