← “THE ONLY REASON DEPOSITORS in the U.S. have become indifferent to risk-taking by banks, Selgin explains, is that the federal government now insures individual deposits running in the millions of dollars. When deposit insurance was originally introduced, none other than Franklin D. Roosevelt opposed it…”, Gene Epstein, Barrons
“(I am of a mixed mind), but a down payment of just 3% doesn’t leave borrowers with much of a cushion. If prices fall, it risks a repeat of what happened before the downturn… →

“Let’s see. You start a business or build a business and employees voluntarily decide to come to work for your firm at a mutually- agreed-upon package of wages and benefits….and if these employees aren’t happy or find a better job (or for any reason), they can leave at any time they wish…and then an external, third party comes in and attempts to force you to unionize. That’s not right.”, Mike Perry 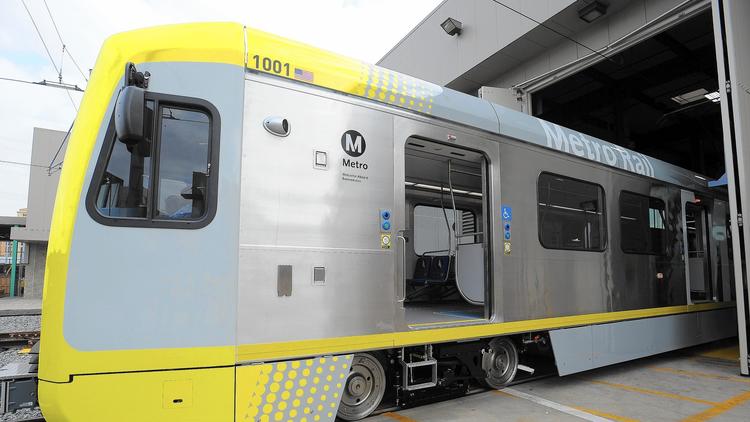 A Japanese company’s much-celebrated plans to build a light-rail manufacturing plant in Palmdale appear all but dead after months of clashes with local labor unions and community groups.

Kinkisharyo International of Osaka said it is now looking at factory sites outside California, saying pressure from organized labor has made it difficult to do business in the state. Union officials and activists, however, argue they are simply trying to hold the company to environmental rules it should be following.

Most of the parts will be built in Japan, but the firm agreed to perform final assembly, including painting and wiring the cars, in Los Angeles County. It has been doing that from a temporary facility in Palmdale. Kinkisharyo leaders said they hoped to build a permanent plant that would allow enable them to also move some heavy rail car manufacturing from Japan to the United States.

The 60-acre Palmdale site that Kinkisharyo chose, however, came under fire this last summer when local activists — including members of the International Brotherhood of Electrical Workers Local 11 — presented the city with a 588-page appeal claiming violations of state environmental law. The document says that the factory has not secured proper water rights, and that construction could kick up spores that carry valley fever.

Los Angeles County Supervisor and Metro board member Michael D. Antonovich accused labor leaders of “greenmail” tactics — using the environmental law as leverage to convince Kinkisharyo to promise that its workforce would be unionized.

Kinkisharyo refused a request for a “card check agreement,” in which a company agrees to recognize a union if a majority of workers sign cards asking for one. The optional process is favored by labor leaders because it avoids the riskier alternative, holding an election on the factory floor.

“We offer good salaries and good benefits, and we’ve never had a labor issue,” Donald Boss, Kinkisharyo’s general manager of program management, told The Times. “If our employees want to organize, they can. But we aren’t going to organize for them.”

The appeal has already delayed the factory’s construction four months and has cost Kinkisharyo at least $2 million, Boss said. He added that Metro’s ambitious schedule for the rail car delivery — an average of four new vehicles a month — leaves little room for delay.

All final assembly of the Metro cars will stay in Palmdale, and the 134 people who have been hired there will keep their jobs, Boss said. But the heavy manufacturing work will probably bypass California. The company is touring factories in Arizona, Arkansas, Idaho, Nevada, Oregon and Texas.

“IBEW’s goal is to chase this plant and these jobs out of California,” said Gary Toebben, president of the Los Angeles Area Chamber of Commerce. He said losing the plant would give the state a “scarlet letter” and signal to investors that doing business in California isn’t worth it.

Maria Elena Durazo, who heads the Los Angeles County Federation of Labor, the region’s largest union voice, said in an interview that Kinkisharyo will violate its contract with Metro if it takes any jobs out of state. She added that the firm has “done nothing but treat [labor] as if we were outsiders.” 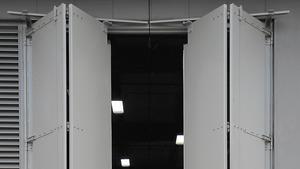 “They’re behind schedule, and now they’re going to use this as an excuse to not deliver on what they were supposed to do,” Durazo said. “Anything else they mention is a distraction of the fundamental issue.”

In a statement, Madeline Janis, director of a coalition of labor and community groups, said public officials “ought to hold Kinkisharyo to its obligations to taxpayers, rather than blaming labor unions.”

Metro’s deputy executive officer for procurement, Victor Ramirez, said the first car, a test model, was delivered a week ahead of schedule and that “Kinkisharyo is in full compliance with their contract.”

Metro has struggled for years to acquire enough rail cars for the county’s rapidly growing transit network. A $300-million deal with the Italian firm AnsaldoBreda to build 100 light-rail vehicles fell apart in late 2009, putting Metro more than two years behind its original schedule. The agency needs a major shipment of new vehicles for two new light-rail routes to Santa Monica and Azusa, which are scheduled to open in 2016.

Posted on October 21, 2014, in Postings. Bookmark the permalink. Leave a comment.

← “THE ONLY REASON DEPOSITORS in the U.S. have become indifferent to risk-taking by banks, Selgin explains, is that the federal government now insures individual deposits running in the millions of dollars. When deposit insurance was originally introduced, none other than Franklin D. Roosevelt opposed it…”, Gene Epstein, Barrons
“(I am of a mixed mind), but a down payment of just 3% doesn’t leave borrowers with much of a cushion. If prices fall, it risks a repeat of what happened before the downturn… →