← “Sounds a lot like Modern Liberalism’s imaginary and unproven (in a court of law) views regarding the root-causes of the financial crisis.”, Mike Perry, former Chairman and CEO, IndyMac Bank
“Let’s examine what our fossil-fueled growth has provided us. It has delivered gains in living standards in even the poorest regions of the world… →

“I have thought for some time that Australian-born Rupert Murdoch is one of the greatest living Americans. Thank you Mr. Murdoch, for an alternative to the liberal press and thank you for preserving and nurturing the Wall Street Journal Editorial pages!”, Mike Perry

Like so many naturalized citizens, I felt that I was an American before I formally became one. 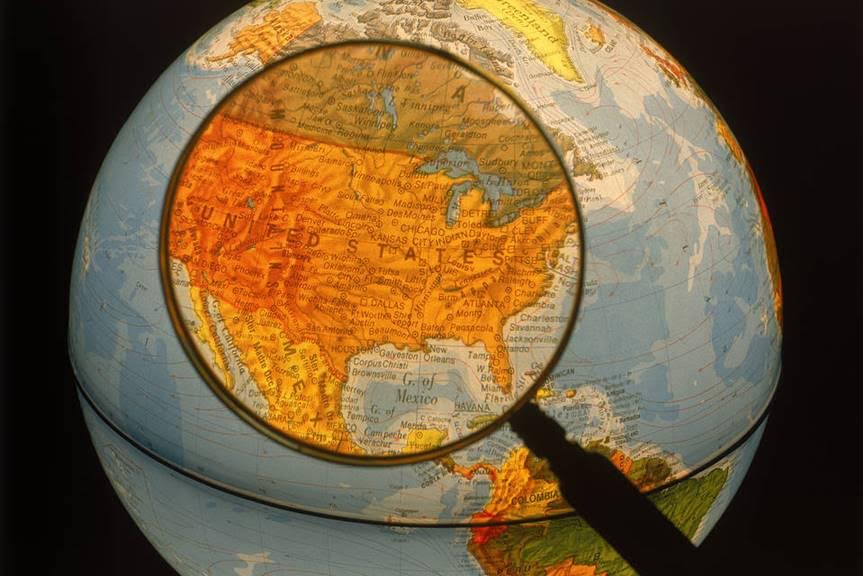 Before I thank Henry Kissinger, and before delivering my modest message, I feel obliged to alert college students, progressive academics and all other deeply sensitive souls that these words may contain phrases and ideas that challenge your prejudices. In other words, I formally declare this room an “unsafe space.”

I was honored when the Hudson Institute asked me to address this gathering, particularly as you, Henry, agreed to make the introduction—at the very least I knew that you would be diplomatic. Having been in China recently, and spent some time with PresidentXi Jinping, it is very clear to me how much China has changed and how much Henry played a role in that change.

And beyond China’s borders, your insightful volumes have taught us much on the arts of diplomacy and the profound role played by leaders and leadership, a quality in somewhat short supply today.

Leaders sense when difficult decisions must be taken, and that is a rare quality in an age too often defined by narcissism. No leader will fight for values, for principles, if their government is a value-free vacuum. Moral relativism is morally wrong.

For a U.S. secretary of state to suggest that Islamic terrorists had a “rationale” in slaughtering journalists is one of the low points of recent Western diplomacy, and it is indicative of a serious malaise.

For America to be embarrassed by its exceptionalism is itself exceptional and absolutely unacceptable. In his great book “World Order,” Henry writes: “The affirmation of America’s exceptional nature must be sustained.” He continues: “As the modern world’s decisive articulation of the human quest for freedom and an indispensable geopolitical force for the vindication of humane values, America must retain its sense of direction.”

For America to have a sense of direction, two conditions are essential. A U.S. leader must understand, be proud of and assert the American personality. An identity crisis is not a starting point for any journey. And secondly, there must be clear goals informed by values and by a realization of the extraordinary potential of its people.

That second point requires that individuals celebrate their independence and ingenuity, whereas in recent years there has been far too much institutionalization of grievance and victimhood. Reviving our sense of direction and celebrating America’s exceptional nature—that is my subject tonight.

Around our country, there is a restless desire for revival. We see it in the primary process, which, apart from an interesting cast of characters, has articulated a deep distaste for the slow descent of our country.

And, importantly, there is a yearning outside the country for American assertiveness and engagement. As we have seen in Syria and in Ukraine and in the streets of Paris, without this country’s self-confident championing of that “human quest for freedom and humane values,” global affairs collapse into nightmare—the policy wasteland becomes fertile territory for terror.

I was born in Australia, and am proud of my Australian provenance, but I am now an American. Like so many naturalized citizens, I felt that I was an American before I formally became one. F. Scott Fitzgerald summed it up: “America is a willingness of the heart.” There is a similar, essential truth in the anthem’s simple refrain “land of the free; home of the brave.”

We are all often struck by the exceptional qualities of America and by the exceptional and selfless influence America has exercised on the world. We can idly and mildly joke, but if it were not for U.S. intervention in the Pacific, we Australians would not speak with our distinctive drawl, but in the rather polite verb endings of Japanese. So let us not be PC, but frank: There is no way that Australia alone could have defended itself during the Second World War, heroic as Australian troops were.

In the 1950s, America saved the now prospering South Korea from the barbarity of Kim Il Sung. And that sacrifice and intervention provided the buffer that Japan needed to rise from the postwar ashes to be a great economy and a reliable ally. One country, North Korea, is a heartless, ruthless personality cult that runs at the expense of its people, and the other country, South Korea, is a thriving democracy that has created companies that have improved lives around the world.

In the 1960s and 1970s, America intervened in Vietnam, an intervention that has been caricatured and distorted in the days since. The left seemed to be happy for the incarceration of millions, whether in Vietnam under Ho or in China under Mao. Why agonize over inhumanity when you could blithely celebrate yourself?

And in the 1980s, thanks to Ronald Reagan, America stood firm against the Soviet Union, and that very resolve led to reform. It led to one Germany, not two. It allowed the Polish and the Hungarians and the Czechs and Slovaks to be themselves, not political proxies. It recast Europe and emancipated millions. And yet the left still cannot find the words to recognize Ronald Reagan. For the rest of the world, he changed it.

In that same era, the U.S. provided a stable background for the rise of China, which went from the impoverishment of mindless ideology to the magic of market forces, allowing hundreds of millions of people to escape from poverty through their own efforts.

That emancipation of the most populous nation on earth is a modern miracle. Yet this fundamental, irrefutable truth must be denied by those who despise America and detest economic freedom. The Chinese understand, and they appreciate the undoubted efficacy of American influence. Yet the soft left cannot countenance that remarkable human success.

America’s contributions to life itself are many and meaningful, from the mass production of antibiotics, to the banishing of polio, the treatment of HIV, and the wonder of gene therapy and all that means for every disease. Markets produce a messy magic. It is the magic of our collective creativity.

Let us examine the five-letter word “frack.” Not hundreds of millions, but billions of people will benefit from fracking and the cheaper energy it provides. And yet a comfortable elite wants to deny their fellow humans the benefits of this technology. Fracking has become a litmus test of principle. Those governments that forbid fracking are the flat-earth fraternity—yes, including New York state.

They believe that the earth revolves around them. Even the EPA in America has been unable to undermine fracking, despite its efforts—so now EPA perhaps stands for Environmentalists Punish America.

Pollution must be reduced, whether in the water or air, or wherever, and we must evolve to more sustainable, cleaner forms of energy, but the platform for that future, for now, is an oil and gas platform. To deny that reality is to condemn the most vulnerable to the indignity of poverty for the sake of an ideology—that being the ideology of self. The triumph of the me over the needs of the many.

Henry rightly said we should tell the truth about our country, and I would challenge all not to let untruths proliferate. My journey was one that began in journalism in a relatively small city, Adelaide, but the lessons are unchanging in that people’s fears, desires, needs and hopes remain the same.

Among the supposedly elite and powerful individuals I have met, you could crudely classify two classes: those who know who they are, and those who say “don’t you know who I am?”

That we are privileged is not at issue. We are. But mobility must be our moral imperative, regardless of color or class. How can we tolerate stratification? How can we allow self-indulgence to define outlook and opportunity? How can we in this room be content with poverty, intellectual or economic, and how can we be content with a world defined by the ideologies of those who seek to please and appease?

We are here not to apologize for America, but to celebrate America. We are here to reflect upon the world as it might have been without America, a much, much lesser world.

The world, as we know it, depends upon our great country. Let us resolve, here tonight, that we will continue in the tradition of the Hudson Institute and our friend Henry Kissinger. Let us resolve that our country can depend upon us.

Mr. Murdoch is the executive chairman of News Corp., which owns this newspaper. This op-ed is excerpted from his remarks at a Nov. 30 dinner where he received the Hudson Institute’s Global Leadership Award.

Posted on December 3, 2015, in Postings. Bookmark the permalink. Leave a comment.

← “Sounds a lot like Modern Liberalism’s imaginary and unproven (in a court of law) views regarding the root-causes of the financial crisis.”, Mike Perry, former Chairman and CEO, IndyMac Bank
“Let’s examine what our fossil-fueled growth has provided us. It has delivered gains in living standards in even the poorest regions of the world… →