← “Speaking of legal matters, Guild Mortgage grabbed the headlines yesterday as the Department of Justice filed a lawsuit against Guild under the catch-all False Claims Act. The action is captioned United States ex rel. Dougherty v. Guild Mortgage Company (D.D.C.). It continues to be interesting why smaller lenders seem to continue to originate this product wholeheartedly whereas the big banks, such as Chase, have moved away from the program given the potential liability…
“Like Bernie, officials in the Obama Justice Department love to throw around the word “fraud” when a case involves a bank. In 2013 they even convinced a jury that fraud had occurred when Countrywide sold some mortgages to Fan and Fred that didn’t meet the quality standards required under its contracts with the two mortgage giants… →

“Three U.S. Federal Appeals Court judges unanimously ruled that BofA/Countrywide (and an individual manager) DID NOT commit mortgage fraud, overturning a jury’s erroneous decision in the government’s civil case alleging that Countrywide ripped off Fannie and Freddie by selling shoddy mortgages to them and this reporter devotes an entire article to refuting this ruling and bad-mouthing it as a “legal technicality.” Since when did the LA Times Business Section become a liberal OpEd page…

…that doesn’t care about the facts or the law? Again, as I have said many times on this blog, the truth is emerging and destroying the false liberal narrative that greedy and reckless bankers caused the financial crisis.”, Mike Perry, former Chairman and CEO, IndyMac Bank 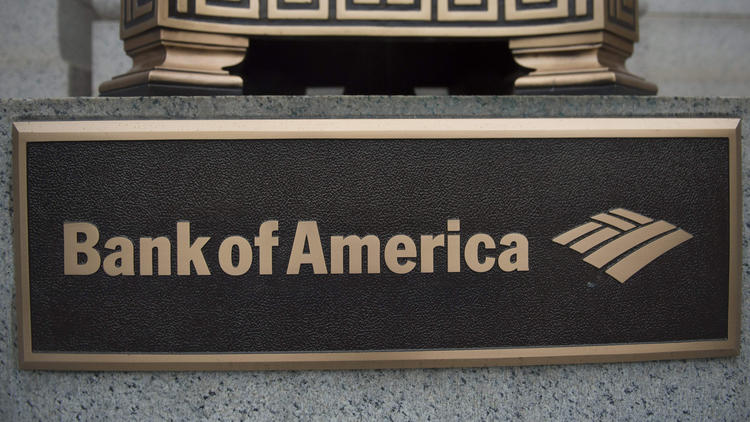 Bank of America gets a break on alleged mortgage fraud. (AFP/Getty Images)

If I’m ever dragged into court for a financial fraud, I want to throw myself on the mercy of Judge Richard C. Wesley.

Wesley is the U.S. appeals court judge in New York who, with his colleagues Reena Raggi and Christopher F. Droney, found a loophole in federal fraud law big enough for the nation’s second-largest bank to fit through without even scratching a fender. In a ruling written by Wesley and issuedMonday, the three judges tossed out a $1.3-billion judgment against Bank of America for stuffing thousands of lousy mortgages into the portfolios of Fannie Mae and Freddie Mac in 2007 and 2008 by pretending they were high-quality loans. Their ruling turned on the curious question: “When is a fraud not a fraud, but just, sort of, a lie?”

(Countrywide’s ‘Hustle’ program) was…the vehicle for a brazen fraud…driven by a hunger for profits and oblivious to the harms.— U.S. District Judge Jed S. Rakoff

Anyone concerned about white-collar crime should be find the appellate court’s logic appalling. One who does is Dennis Kelleher, a former corporate lawyer who is now CEO of the financial watchdog group Better Markets. “You wonder why the American people are so cynical,” he told me after the decision came down. “It’s because there’s an endless reservoir of ways to figure out how to hold no one accountable for illegal conduct.”

In Monday’s decision, the appellate judges didn’t actually question that the mortgages sold to Fannie and Freddie by BofA (originally via Countrywide Financial, the subprime lender BofA acquired in 2007) weren’t the quality they were claimed to be. Indeed, they didn’t really address at all that question, which was analyzed in great detail by the trial court judge who imposed the $1.3-billion penalty, New York Federal Judge Jed S. Rakoff.

Rakoff found that Countrywide/BofA set up a mortgage program known as the “High Speed Swim Lane” (HSSL), or “Hustle,” to crank out low-quality mortgages at great speed. Under the leadership of BofA executive Rebecca Mairone, Rakoff concluded after trial, the conventional quality-control measures for mortgages were thrown out the window. (Rakoff hit Mairone with a $1-million penalty, which was also overturned by the appeals judges.)

The program transferred responsibility for vetting the loans “from quality-focused underwriters to volume-focused loan specialists” using automated credit software, eliminated rules that effectively reduced commissions for low-quality loans, and cut the turnaround time for processing mortgages to 15 days from six weeks or more.

With speed and volume taking precedence over quality, a huge percentage of these loans was destined to be lousy. Sure enough, more than 42% of the loans were “materially defective,” Rakoff found. As far as Fannie and Freddie knew, however, they all still met Countrywide’s contractual representation that all the loans were “investment quality.”

Instead, Rakoff wrote, HSSL “was from start to finish the vehicle for a brazen fraud…driven by a hunger for profits and oblivious to the harms thereby visited, not just on the immediate victims but also on the financial system as a whole.” Fannie and Freddie, he concluded, “would never have purchased any loans from the Bank Defendants if they known that Countrywide had intentionally lied to them.”

So how, you might ask, could Bank of America wriggle out of that one?

The answer is through what Kelleher calls a “hyper-technical decision.” The judges based their ruling on the contracts that Countrywide had reached with Fannie and Freddie, pledging to provide those government-sponsored firms with “investment quality” mortgages. There was no evidence, the appellate judges found, that the executives who signed those contracts intended at the time to stuff the pipeline with toxic junk. It just turned out that way.

Because there was no intent to defraud when the contracts were signed, the judges ruled, this whole affair is merely a case of breach of contract, not fraud. The penalties for a breach are much lower than those for fraud–often, the guilty party has to give back the money it got from breaking the contract. According to the judges’ analysis, a mere breach of contract can’t be elevated into a case for fraud.

There are a few problems with this analysis. One was pointed out presciently by Judge Rakoff. In a 2013 ruling in the case, he observed that under the federal mail fraud statute, that limitation doesn’t apply. In any event, the bank’s misrepresentations were continuous and ongoing: every time it sold Fannie or Freddie a substandard loan, it was arguably lying.

The biggest danger with the court’s exoneration of the bank, however, is that it provides a road map for white-collar wrongdoers to evade responsibility. Breach-of-contract damages, as Kelleher says, have “zero deterrent effect — there’s no downside for committing the fraud.” You either get away with it and pocket the gains, or you get caught, and have to give back the money. The way to stamp out fraud, however, is to make punishment greater than the potential gains.

That course was closed off by the appeals judges. Wrongdoing executive now know they only have to dredge up a preexisting contract “breached” by their behavior–since few businesses enter into contract plotting in advance to make it the vehicle for fraud, this becomes an all-purpose get-out-of-jail-free card.

It’s quite possible that the appeals court happened upon a loophole that had been lying around for years. If that’s the case, Congress should close it, quick. On the other hand, Judge Rakoff anticipated and rejected that argument, and even pointed out that Congress closed the loophole by amending the mail fraud statute — in 1909. It’s also likely that the government will appeal the latest ruling to the full 2nd circuit court, and thence, if necessary, to the Supreme Court.

The loophole Judges Wesley, Raggi, and Droney identified should hearten anyone motivated by pure greed in financial dealings. For the rest of us, it’s a ticking time bomb, until Congress or the courts extinguish the fuse.

Posted on May 27, 2016, in Postings. Bookmark the permalink. Leave a comment.

← “Speaking of legal matters, Guild Mortgage grabbed the headlines yesterday as the Department of Justice filed a lawsuit against Guild under the catch-all False Claims Act. The action is captioned United States ex rel. Dougherty v. Guild Mortgage Company (D.D.C.). It continues to be interesting why smaller lenders seem to continue to originate this product wholeheartedly whereas the big banks, such as Chase, have moved away from the program given the potential liability…
“Like Bernie, officials in the Obama Justice Department love to throw around the word “fraud” when a case involves a bank. In 2013 they even convinced a jury that fraud had occurred when Countrywide sold some mortgages to Fan and Fred that didn’t meet the quality standards required under its contracts with the two mortgage giants… →