← “But the greatest engine of change has been…capital requirements, set by the central banks of governments around the world…In 2010, central banks agreed that the large commercial banks needed double or even triple their capital buffers…
“The settlement (with the SEC) includes a $100,000 payment – to be paid by Fannie Mae, which already pays its profits to the U.S. Treasury because it landed in government conservatorship in 2008. “One could see this as the government paying itself $100k to end the case,” Mr. Mudd said in an email… →

“It’s hypocritical for the Obama administration to have demagogued and attacked crisis-era private bankers and mortgage lenders, when his federal government has made far worse lending decisions, for student borrowers and taxpayers, since it nationalized the federal student loan program.”, Mike Perry, former Chairman and CEO, IndyMac Bank

Writing Off Student Loans Is Only a Matter of Time

Thanks in large part to Obama policies, only 37% of borrowers are paying down their student loans.

In her speech at the Democratic National Convention, Hillary Clinton exclaimed, “ Bernie Sanders and I will work together to make college tuition-free for the middle class and debt-free for all!” How she intends to do that remains something of a mystery, beyond higher taxes on “Wall Street, corporations, and the super-rich.” But it’s hard to imagine the student-loan industry and the burden of student debt getting any worse for taxpayers and borrowers than it is now.

A largely overlooked report released in February by the Government Accountability Office suggests that the Obama administration’s policies have exacerbated student debt, which equals nearly a quarter of annual federal borrowing. With only 37% of borrowers actually paying down their loans, the federal student-loan program more closely resembles the payday-lending industry than a benevolent source of funds for college. 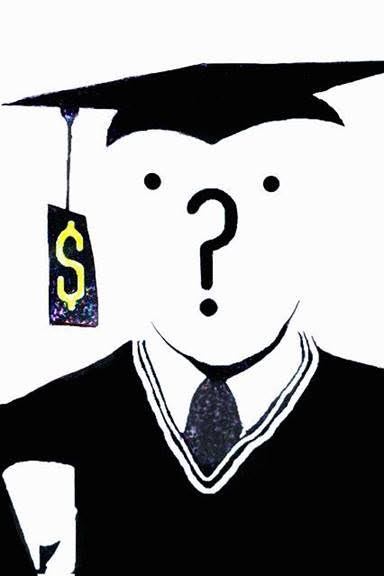 As this newspaper reported in April, “43% of the roughly 22 million Americans with federal student loans weren’t making payments as of Jan. 1,” and a staggering “1 in 6 borrowers, or 3.6 million, were in default on $56 billion in student debt.” If student debt continues to skyrocket, the federal government may have to deal with as much as a $500 billion write-down when future defaults and loan-forgiveness programs are factored in.

In 2010, the Obama administration dispensed with the private intermediaries that had administered federal loans since the 1960s. It put in their place Direct Lending, a program administered by the Education Department. At the time, the Congressional Budget Office estimated that Direct Lending would save $62 billion from 2010 to 2020. That didn’t happen. The program’s advocates failed to anticipate how two other Obama-backed college affordability initiatives—Income-Driven Repayment and loan forgiveness—would create a cataclysmic hit to the federal student-loan program’s finances.

There are more than 20 Income-Driven Repayment programs, but they all work essentially the same way. Students struggling financially can defer their payments. When no or limited payments are made, their balances grow. Today, over 20 million borrowers are watching their loan balances increase thanks to these programs. The average balance ballooned to approximately $25,000 in 2014 from $15,000 in 2004,according to the Federal Reserve Bank of New York, and has grown still larger since then.

But the most significant explosion in student debt might still come. In 2007 Congress passed the Public Service Loan Forgiveness Program, which allows borrowers who work for nonprofit organizations or government agencies to have their loans forgiven after 10 years. Students will be able to take advantage of this program for the first time in 2017. Yet no mechanism to evaluate who qualifies exists. Virtually every teacher, firefighter, social worker, police officer, doctor, or nurse who meets “their employer’s definition of full time” could have their loans forgiven.

The law will cost about $5 billion each year, according to the Congressional Budget Office. But very few close to the student-loan industry believe that the CBO’s assumption will pan out. The total student-loan portfolio is now $1.3 trillion, and the program grows by approximately $100 billion annually. If only 20% more borrowers default than the CBO expects, the Education Department could face at least a $100 billion loss on its existing pool of loans.

What can Congress do? First, it should demand that the CBO appropriately score the Income-Driven Repayment options. The federal government should at least use the same nonperforming loan standards they require of banks. Specifically, the Education Department should be required to “reserve” funds in anticipation of foreseeable and significant write-offs. Assuming 20% of current loans end up being written off, the department will end up writing off more than $20 billion annually.

The Direct Lending program should also start leveraging its immense power to price loans differently based on the success of students. It may also be necessary to change the model by which colleges and universities receive loan proceeds. Today, schools receive Title IV funds at the start of the semester and only have to return them if students drop out before completing 60% of a course. Instead, schools should receive a portion of loan proceeds to start and only receive additional funds if students graduate and pay down their loans.

Student debt is a public good, because higher education is a pathway to a stable, economically productive life. But the tsunami of nonpayment has already begun. If the promise of college is to hold up for generations to come, then Washington has to start pricing the risk it assumes when it underwrites $100 billion in loans annually.

Posted on August 17, 2016, in Postings. Bookmark the permalink. Leave a comment.

← “But the greatest engine of change has been…capital requirements, set by the central banks of governments around the world…In 2010, central banks agreed that the large commercial banks needed double or even triple their capital buffers…
“The settlement (with the SEC) includes a $100,000 payment – to be paid by Fannie Mae, which already pays its profits to the U.S. Treasury because it landed in government conservatorship in 2008. “One could see this as the government paying itself $100k to end the case,” Mr. Mudd said in an email… →