← “Washington’s many agencies, bureaus and departments propagate rules that weigh down businesses, destroy jobs, and limit American freedoms. Career bureaucrats who never face the voters wield punishing authority with little to no accountability…
“The idea that federal courts are required by law (Chevron Deference), to take the side of an often highly-politicized federal administrative agency (like the SEC, FDIC, etc.) over individual citizens and private institutions… →

“This is wrong on so many levels. Fannie Mae, still in government conservatorship since 2008 (when they and Freddie Mac were bailed out by taxpayers to the tune of $190 billion), is going to guarantee (a taxpayer guarantee!!!) huge Wall Street firm Blackstone’s debt secured by rental homes…

…so they can issue it at cheaper rates, so they can outbid individual Americans who might otherwise buy these homes at a lower price! They can’t be privatized because they require the government/taxpayer guarantee (implicit or explicit) to issue cheap debt (U.S. Treasury-like) and mortgage guarantees, and make any profit. Wake up folks, did we learn nothing? Fannie and Freddie need to be shut down.”, Mike Perry, Former Chairman and CEO, IndyMac Bank 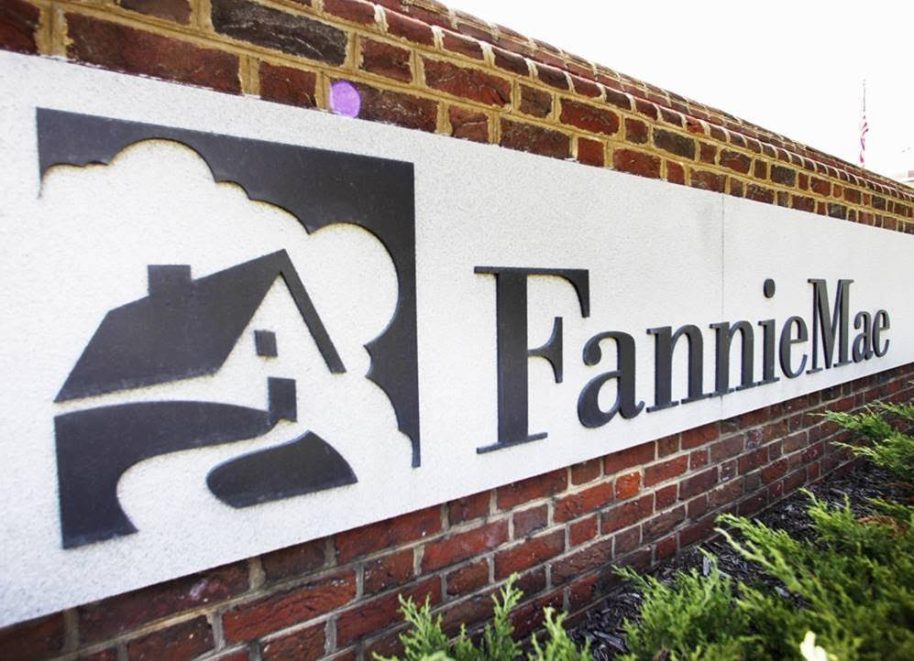 By Ryan Dezember and Nick Timiraos

The government-controlled mortgage-finance company said it would guarantee up to $1 billion in debt from Blackstone’s Invitation Homes Inc., which owns the country’s largest pool of rental homes.

The deal was disclosed as Invitation began pitching investors on its shares this week with an initial public offering expected as soon as next week. Invitation’s stock-market debut could be the largest U.S. IPO since October 2015, if the shares price in the middle of their expected range, raising about $1.5 billion for the company.

Fannie Mae’s involvement signals a belief that homeownership will remain out of reach for many Americans. Homeownership has declined since the housing crisis amid stricter lending standards, mounting student debt, and potential buyers whose savings and credit diminished during the recession. Last year, the homeownership rate reached its lowest level in at least 50 years, according to U.S. Census Bureau data.

Fannie’s guarantee also suggests a view that Wall Street’s housing wager is a long-term business, not just an opportunistic trade made after the foreclosure crisis.

For Fannie and its smaller government-controlled peer, Freddie Mac, the expansion into the nascent single-family rental market shows both the potential for the companies to expand their role in a changing housing market and, in the process, to institutionalize new investment classes. Both companies have long provided funding to the apartment sector, including luxury rental buildings owned by publicly traded real-estate investment trusts and other institutional owners.

For years, policy makers in Washington talked of overhauling the firms, but the expansion into a new asset class illustrates how the companies have broadened their utility to the market as efforts to replace the companies has stalled.

Fannie’s latest move represents a shift from about four years ago, when regulators blocked Freddie from backing bulk buyers of foreclosed homes, concerned banks wouldn’t be able to compete with its cheap debt.

Fannie’s support will likely make it cheaper for buyers like Blackstone to add homes in the future as its guarantee of payment makes the debt less risky for investors than the rental-backed bonds that Invitation and its rivals sold amid a dearth of financing for home purchases after the housing meltdown.

“The question is, to what extent does the cheaper financing that accompanies Fannie’s guarantee result in greater competition for single-family homes?” said Heidi Learner, chief economist at real-estate brokerage Savills Studley. She said the agreement “is essentially a sign that individual homeownership is no longer a government priority.”

“This transaction helps us gather data and test the market to ensure we are delivering the right solutions that meet the increasing demand for single-family rental housing across all demographics,” Fannie Mae told The Wall Street Journal.

Big investors’ bet on single-family homes comes with risks. Competition from individual buyers could drive up home prices, which are already rising. Many of Wall Street’s new purchases are being made on the open market now that foreclosure rates have returned to normal levels. Wider availability of credit and a boom in home building could also hurt the business of Invitation and its rivals.

Invitation said in an IPO filing that it secured commitments from Wells Fargo & Co. and Fannie on a 10-year loan secured by some of its 48,431 homes. Invitation, which is based in Dallas and owns properties in 13 metropolitan markets, said it would use the loan proceeds to repay older debt.

That debt was raised by selling short-term bonds backed by rental revenue from bundles of specific homes. Invitation was the first to sell such bonds in 2013 and has been a major issuer since. In all, big investors have sold about $18.3 billion of rental-backed bonds, with about $16.8 billion of such debt outstanding, according to Kroll Bond Rating Agency Inc.

Fannie and Freddie don’t issue mortgages. Rather, they buy mortgages issued by banks, bundle them and sell the debt, which they guarantee against default, to investors. Since 2008, they have been controlled by the U.S. government through a process known as conservatorship when the foreclosure crisis prompted concerns that they might fail and intensify the financial panic.

In 2012, the entities’ regulator, the Federal Housing Finance Agency, blocked Freddie from financing investors who were buying foreclosed homes in bulk amid concerns that Freddie’s cheap debt would make it difficult for banks to compete on loans to the increasing number of investors gobbling up foreclosed homes.

Much has changed since then. Beside the advent of the rental-backed bond market, two Invitation rivals— American Homes 4 Rent and Colony Starwood Homes, the country’s second- and third-largest single-family homeowners, respectively—have gone public. Also, home prices have rebounded.

Fannie has long backstopped loans to the mom-and-pop landlords that have traditionally dominated the rental-home business.

On a call Monday with investors and Green Street Advisors LLC analysts, Donald Mullen Jr., a former Goldman Sachs Group Inc. executive whose Pretium Partners LLC backs Progress Residential, owner of the fourth-largest pool of U.S. rental homes, said Fannie’s agreement with Invitation is overdue and should put to rest skepticism over the staying power of the institutional rental-home business.

Lately, Mr. Mullen has been soliciting investors for $1 billion to buy more houses to add to the 20,000 Progress already owns, The Wall Street Journal has reported.

“This is a great outcome not just because it obviously will reduce the cost of our financing, but it puts a further stamp of approval on this industry,” Mr. Mullen, who a decade ago oversaw Goldman’s lucrative bet against the housing market, known as “the big short,” said Monday.

Posted on January 26, 2017, in Postings. Bookmark the permalink. Leave a comment.

← “Washington’s many agencies, bureaus and departments propagate rules that weigh down businesses, destroy jobs, and limit American freedoms. Career bureaucrats who never face the voters wield punishing authority with little to no accountability…
“The idea that federal courts are required by law (Chevron Deference), to take the side of an often highly-politicized federal administrative agency (like the SEC, FDIC, etc.) over individual citizens and private institutions… →