← “There is no debate that China’s financial/economic bubbles and busts are caused by their authoritarian government’s central planners. While in the U.S., our own central planners at the Fed and elsewhere in government, attempt to blame asset bubbles and busts…
“Instead of historically generating economic growth via a wealth effect and its trickle-down effect on the real economy, negative investment rates and the expansion of central bank balance sheets via quantitative easing are creating negative effects,” Bill Gross wrote. Negative rates threaten bank profits as well as any business models that depend upon 7-8% annual returns on assets… →

“Clearly, VW is not a sympathetic defendant, but this is why The Rule of Law and respect for The Constitution is so important. These “lynch mob” attacks by liberal government totalitarians (unelected officials and bureaucracies pursuing their own agenda) may eventually get resolved properly after years in court. In the meantime they create tremendous business cost and uncertainty…

…for years and hurt the economy and employment. How so? In this case, don’t you think VW or any German or European firm, for that matter, will feel pretty negative and uncertain about conducting business and/or investing the U.S. in the future, given these unusual and arbitrary actions by our current government officials? It would be far better if the individual politicians and government officials respected The Rule of Law and The Constitution, so we all knew in advance what was expected (and the consequences) and frankly cared less about whether a liberal or conservative administration was currently in charge of our government. I believe the time has come to create “a stick” for politicians and government officials who don’t respect The Rule of Law and The Constitution. If you hold government enforcement power and were grossly negligent and willfully ignored The Rule of Law and The Constitution (and had your decisions overturned by our Courts), you should be criminally prosecuted. If you were not grossly negligent, but you have had two reversals by our Courts, your time as a politician or government official should be over, permanently. In this way, it will be rarer that individuals or groups within our government abuse their enforcement power against individuals or private institutions (which are just group’s of individuals).”, Mike Perry 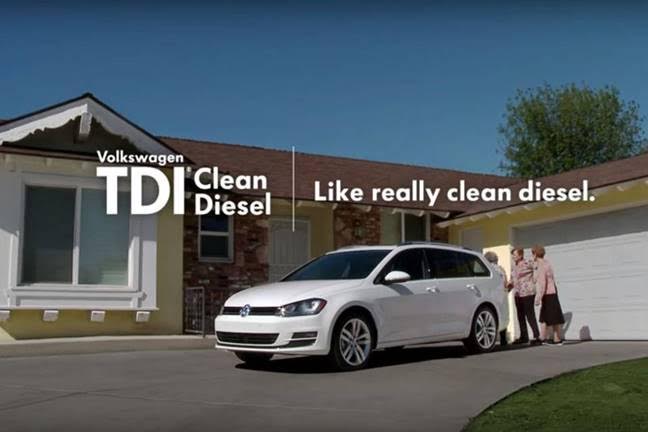 Government prosecutors are pursuing auto maker Volkswagen over its marketing and sales of diesel-powered cars in the U.S., including now looking at charges over tax credits for fuel-efficient vehicles. PHOTO: VOLKSWAGEN/YOUTUBE/ASSOCIATED PRESS

By Devlin Barrett and Aruna Viswanatha

WASHINGTON—The Justice Department is expanding its probe of Volkswagen AG using a far-reaching law against bank fraud to go after the German auto maker over emissions cheating, and it is looking at possible violations of tax laws, according to people familiar with the probe.

The Justice Department has issued a subpoena under the Financial Institutions Reform, Recovery and Enforcement Act, or Firrea, to pursue possible wrongdoing at Volkswagen, these people said.

That is a novel use of the civil financial fraud law that the Obama administration deployed to extract record-setting multibillion-dollar settlements from big banks in the wake of the 2008 financial crisis. It suggests the car maker faces another potential source of penalties after admitting it used illegal software that allowed diesel-powered vehicles to pollute more on the road than during government emissions tests.

Prosecutors also have used Firrea to probe alleged misdeeds in the auto loan industry, but the Volkswagen subpoena marks the first known instance of the government using a banking law to pursue potential wrongdoing that is not directly linked to financial misconduct.

Using the law this way “is pushing the legal theory to its outermost limits, against a defendant that is not particularly sympathetic,’’ said John Coffee, a law professor at Columbia University who studies white-collar prosecutions.

The company already faces a multifront fight—including battling the Environmental Protection Agency, the Justice Department’s criminal division, state attorneys general and civil lawsuits from car buyers—over alleged fraud in marketing the fuel efficiency of some 580,000 of its vehicles in the U.S.

A Volkswagen spokeswoman declined to comment on its discussions with regulators. “We are committed to regaining the trust of our customers and dealers and will continue to cooperate with all relevant government agencies,” the spokeswoman said.

‘Everybody would like a little credit for doing something to Volkswagen.’

The new investigation comes as German prosecutors widened their criminal investigation into the emissions scandal to include 17 people.

A Firrea-based investigation adds a front that could pose new issues because the statute allows the Justice Department’s civil division lawyers to look back at conduct over 10 years, twice as far as many fraud statutes allow.

“This has become a competition among enforcers, and you’re now getting a free-for-all without much coordination,’’ said Mr. Coffee who added that among government agencies, “everybody would like a little credit for doing something to Volkswagen.’’

Volkswagen has set aside $7.3 billion to cover the cost of fixing the tainted engines, and said an internal investigation found a “chain of mistakes’’ and a “culture of tolerance’’ for rule-breaking led to the cheating and deception. The scandal resulted in the ouster of former CEO Martin Winterkorn, as the company faces more than $18 billion in fines from the civil lawsuit the Justice Department filed in January on behalf of the EPA.

Using Firrea, the department’s civil division is now exploring whether lenders were harmed by financing customers’ purchases of the cars under inflated values, the people said. The law permits investigations of potential fraud “affecting” financial institutions. The resale value of the diesel cars has dropped since the software use became public last September.

Firrea was originally passed in 1989 in response to the savings and loan crisis as a way of probing fraud in the banking industry. In recent years, it was used to investigate big banks that packaged shoddy mortgages into securities that lost much of their value when the U.S. housing market collapsed. Those probes led to record-setting settlements with J.P. Morgan Chase & Co., Bank of America Corp., and others.

The law gives criminal prosecutors and civil government lawyers flexibility to share information, making it an attractive option for the government. If prosecutors get the information through a grand jury subpoena, they are generally unable to share it with their civil counterparts. “The advantage of doing it this way is that your hands aren’t tied,” said former civil frauds prosecutor Brian Feldman, who is now a lawyer at Harter Secrest & Emery LLP.

In the Volkswagen case, federal prosecutors also are examining whether the company may be on the hook legally and financially for customers who obtained tax credits when they bought cars they thought emitted fewer pollutants than they actually did, the people familiar with the matter said. Before 2011, Americans could receive $1,300 tax credits for purchasing certain clean burning vehicles, including some of the Volkswagen models at issue in the case.

Volkswagen remains in discussions with the government to create a fix for the cars. Last week, Volkswagen representatives met with U.S. officials at the Justice Department to argue they would be unable to meet a March 24 deadline to provide an update on how the company plans to fix the emissions software in existing cars, according to people familiar with the discussions.

A federal judge overseeing the civil case along with hundreds of lawsuits filed by Volkswagen customers had set the deadline, and said he would move the litigation along quickly if authorities didn’t approve any offered resolution by then.

Posted on March 10, 2016, in Postings. Bookmark the permalink. Leave a comment.

← “There is no debate that China’s financial/economic bubbles and busts are caused by their authoritarian government’s central planners. While in the U.S., our own central planners at the Fed and elsewhere in government, attempt to blame asset bubbles and busts…
“Instead of historically generating economic growth via a wealth effect and its trickle-down effect on the real economy, negative investment rates and the expansion of central bank balance sheets via quantitative easing are creating negative effects,” Bill Gross wrote. Negative rates threaten bank profits as well as any business models that depend upon 7-8% annual returns on assets… →